Radio Dramas was an introductory podcasting unit for 7th graders at Hanes Middle School. Following guidelines first published by Chicago’s WBEZ radio for their 2006 Third Coast Festival, students created a story that began with the sentence, “To begin with, they never got along.”

In this first podcasting project students learned to write a script, record on portable iRiver mp3 players, edit their sound file on classroom PCs, create a multi-track sound file MIX using background music and various sound effects, and finally, export the MIX as a finished mp3 music file that could be played on iTunes.

There are four enhanced podcasts in the series.

Posted in 7th-Grade, Radio_Dramas | Comments Off 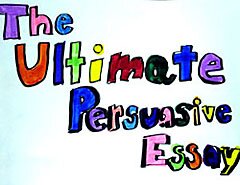 In March all seventh grade students at Hanes Middle School as well as across the state of North Carolina take a one hour test to evaluate their writing skills.

A prompt is given at the beginning of the session and students are asked to create a two-page persuasive essay based on the topic.

In this enhanced podcast, you will see pictures of the posters (focusing on different essay paragraphs) as well as hear students’ tips for writing the “Ultimate Persuasive Essay.”

Lines, patterns, squares, and shapes are used to create the illusion of movement.

Using only a pencil to sketch the design and any medium to draw with, students created original designs.

Posted in 8th-Grade, Art | Comments Off

Posted in Orchestra-Chorus | Comments Off

Hanes chorus sings “Charlotte Town,” Gloria Hallejulah,” and “My Heart Sings a Melody” at the winter concert in December, 2006.

Posted in Orchestra-Chorus | Comments Off

8th grade band students at Hanes perform “Felis Navidad” and the “Nutcracker” at the winter band concert in December, 2006.

Posted in 8th-Grade, Band | Comments Off

Posted in 7th-Grade, Band | Comments Off

Posted in 6th-Grade, Band | Comments Off

Several sixth and seventh grade students at Hanes Middle School gather around the microphone to share their thoughts on the qualities needed in an ideal teacher. By their seventh grade year in school they have had over twenty different teachers, so they are savvy consumers and have definite opinions about teacher behavior and ways of handling classes.

Posted in General | Comments Off

Posted in 6th-Grade, Band | Comments Off

Sixth and seventh grade students gather around the microphone to share their after-school extra-curricular schedules during the week and then discuss their opinions as to whether they are “over-scheduled” or not. Opinions differ and some students offer a rare glimpse into their parents’ perspective in trying to juggle the after-school schedules of multiple children in the family. Are kids today really over-scheduled? Listen to the podcast and then you decide. Are Students Over-Scheduled? You Decide…

Topics for the newspaper include: News, Sports, Guess Who, Dear Abby, Reviews, Cartoons, Rants & Raves, and Riddles. The newspaper operates as an after-school club on Wednesday and Friday afternoons. Visitors to the newspaper can read current and past articles in each section as well as post “comments” about articles posted.

Student authors love to read the “comments” about their articles and often guage the effectiveness and timeliness of their article by the number of comments that visitors post. To visit the on-line newspaper click on this title:
Cry Wolf Chronicles

Posted in Clubs | Comments Off

Using portable iRiver FP-895 mp3 recorders, seventh grade students on the Wolf Team will be introduced to the world of podcasts and creating audio files during the 2006-’07 school year. Here are the guidelines for their first project — [taken shamelessly from Chicago's NPR radio station, WBEZ, and their 2006 Third Coast Festival contest]:

FIRST SENTENCE Each submission must begin with the following opening sentence, either directly narrated or interpreted otherwise, for instance through sound, metaphor or dramatization: “To begin with, they never got along.” SOUNDS Each submission must include the following sounds, interpreted literally, figuratively or however else a producer wishes. The sounds must appear in the order listed here, but may occur in the piece at any time, and for whatever length a producer wishes. The sounds may be recorded or found, or metaphorical, real or invented.

Seventh grade students on the Wolf Team held a farewell celebration today for their favorite social studies teacher, Jeannie St. Clair, who is retiring this year. Students gathered outside after lunch to present Mrs. St. Clair with flowers, a singing balloon, and a plaque expressing their appreciation for her thirteen years as a social studies teacher with the seventh grade HAG team.
During the morning students made farewell cards and created a giant door decoration. After working on the giant card students gathered around a microphone to share comments about their year in social studies.